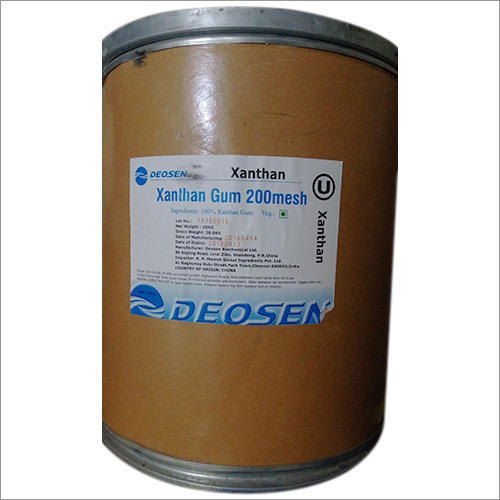 Send Inquiry
Product Code : 02
Brand Name : Deosen, Fufeng
Price And Quantity
Product Specifications
Product Description
Xanthan gum is a popular food additive that's commonly added to foods as a thickener or stabilizer. It's created when sugar is fermented by a type of bacteria called Xanthomonas campestris. When sugar is fermented, it creates a broth or goo-like substance, which is made solid by adding an alcohol.

Xanthan gum is a sugar-like compound made by mixing aged (fermented) sugars with a certain kind of bacteria. It is used to make medicine. Xanthan gum is used for lowering blood sugar and total cholesterol in people with diabetes. It is also used as a laxative.

Xanthan gum (CAS NO.11138-66-2) is a polysaccharide secreted by the bacterium Xanthomonas campestris used as a food additive and rheology modifier. It can produce a large increase in the viscosity of a liquid by adding a very small quantity(one percent) of gum In foods, it is most often found in salad dressings and sauces. It helps to prevent oil separation by stabilizing the emulsion, although it is not an emulsifier.

Preparation of Xanthan gum: The Xanthan gum is prepared by inoculating a sterile aqueous solution of carbohydrate(s), a source of nitrogen, dipotassium phosphate, and some trace elements. The medium is well-aerated and stirred, and the polymer is produced extracellularly into the medium. The final concentration of xanthan produced will vary greatly depending on the method of production, strain of bacteria, and random variation. After fermentation that can vary in time from one to four days, the polymer is precipitated from the medium by the addition of isopropyl alcohol, and the precipitate is dried and milled to give a powder that is readily soluble in water or brine. 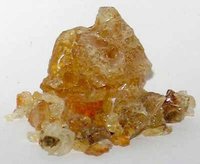 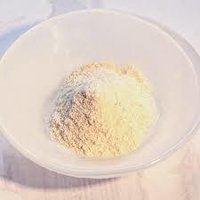 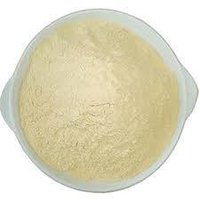